Charts play integral role in successful Forex Trading. More you learn charts, more you trade in profits. Therefore, it need a lot of time to read charts carefully. Let us try to understand the charts in simple words. Only tool for technical analysis is chart which helps to see the rise and fall in prices. Charts help in trading. In other words, charts informs when to sell or buy any currency or when to open or close any trade. To use charts in trading, we have to understand the following: 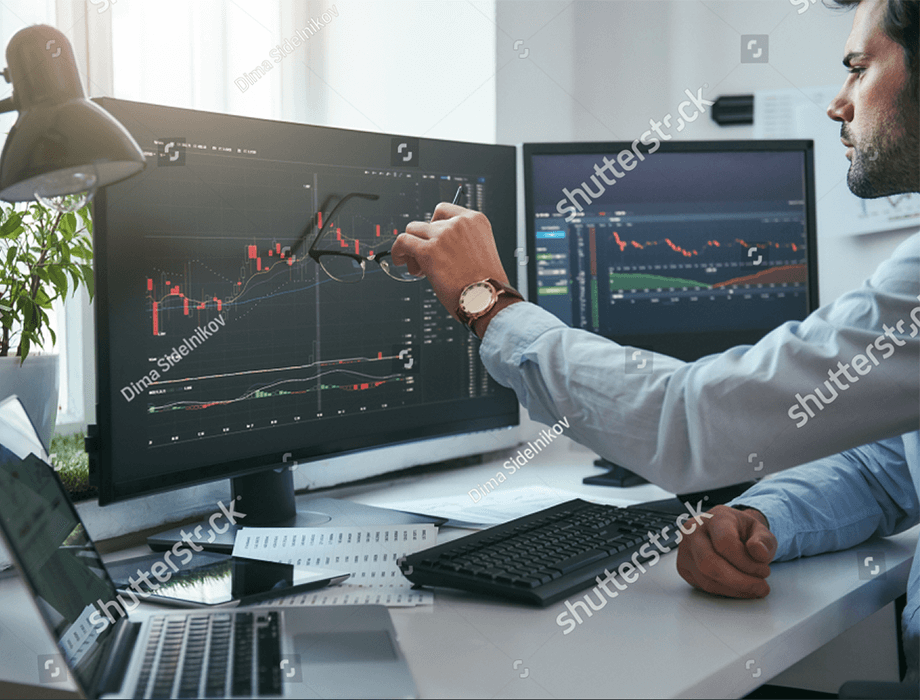 There are 4 types of charts to see the prices.

Each of these charts have pron and cons. Every trader observe the charts by their mean and understanding. Majority of the traders use Candle Stick Chart type.

1.1) LINE CHART: The most basic type of chart is Line Chart. This charts is used very often in Forex Trading. In this chart, prices are displayed in the form of lines. This chart displays only Closing Price. This chart helps to see the overall trend of the currency and market. As an example. see below:

1.3) CANDLE STICK CHART: Few centuries ago, Japanese introduced this kind of chart. Majority of the traders like this chart and use it for their observations. This char is most easy to understand. In candle stick chart, prices are displayed in the form of boxes that informs Opening Price, Closing Price, High Price and Low Price. It is very easy to read rise and fall of prices through this chart. 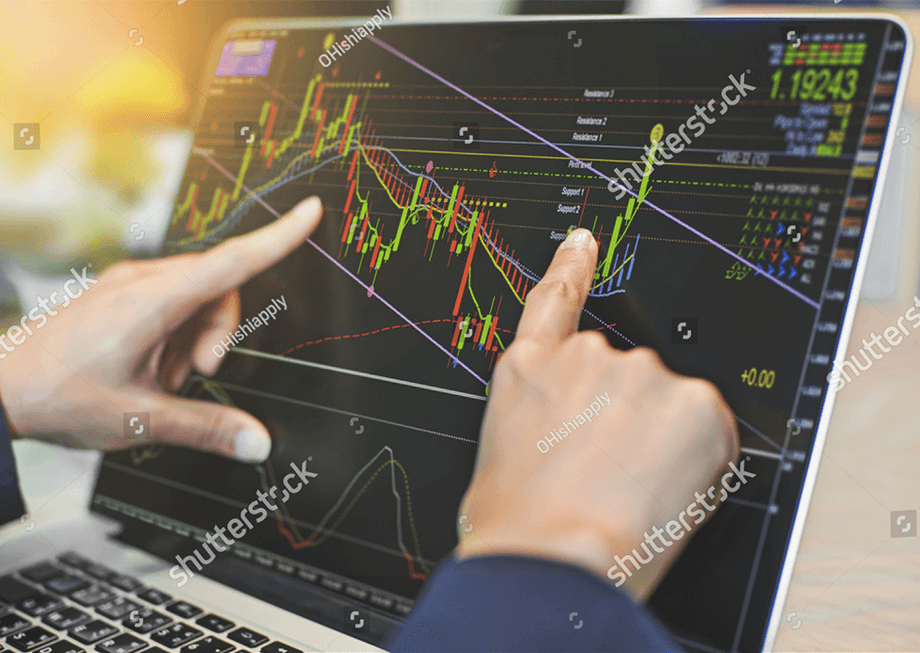 There are many chart patterns that traders uses in Forex Trading. We briefly described the famously used patterns below:

2.2) TRIANGLES: Triangles are very common, especially on short-term time frames and can be symmetric, ascending or descending. It is trad-able pattern because the pattern provides an entry, stop and profit target. The entry is when the perimeter of the triangle is penetrated. The stop is the low of the pattern. The profit target is determined by adding the height of the pattern to the entry price. While the patterns appear slightly different for trading purposes there is minimal difference.Triangles occur when prices converge with the highs and lows narrowing into a tighter and tighter price area.

2.3) DOUBLE TOP: The double top pattern is found at the peaks of an upward trend and is a clear signal that the preceding upward trend is weakening and that buyers are losing interest. Upon completion of this pattern, the trend is considered to be reversed and the security is expected to move lower. The first stage of this pattern is the creation of a new high during the upward trend, which, after peaking, faces resistance and sells off to a level of support. The next stage of this pattern will see the price start to move back towards the level of resistance found in the previous run-up, which again sells off back to the support level. When using this chart pattern one should wait for the price to break below the key level of support before entering.

2.4) DOUBLE BOTTOM: This is the opposite chart pattern of the double top as it signals a reversal of the downtrend into an uptrend. This pattern will closely resemble the shape of a W. The double bottom is formed when a downtrend sets a new low in the price movement. This downward move will find support, which prevents the security from moving lower. Upon finding support, the security will rally to a new high, which forms the securitys resistance point. The next stage of this pattern is another sell-off that takes the security down to the previous low. These two support tests form the two bottoms in the chart pattern. But again, the security finds support and heads back up. The pattern is confirmed when the price moves above the resistance the security faced on the prior move up.

2.6) HANGING MAN: A bearish candlestick pattern that forms at the end of an uptrend. It is created when there is a significant sell-off near the market open, but buyers are able to push this stock back up so that it closes at or near the opening price. Generally the large sell-off is seen as an early indication that the bulls (buyers) are losing control and demand for the asset is waning. This formation does not mean that the bulls have definitively lost control, but it may be an early sign that the momentum is decreasing and the direction of the asset may be getting ready to change. The reliability of this signal is drastically improved when the price of the asset decreases the day after the signal. Hanging man formations can be more easily identified in intraday charts than daily charts and are a very popular formation used by day traders.

2.7) HAMMER: A price pattern in candlestick charting that occurs when a security trades significantly lower than its opening, but rallies later in the day to close either above or close to its opening price. This pattern forms a hammer-shaped candlestick. A hammer occurs after a security has been declining, possibly suggesting the market is attempting to determine a bottom. The signal does not mean bullish investors have taken full control of a security, it simply indicates that the bulls are strengthening.

Legal: CF Merchants is the trading name of Commodity and Forex Merchants registered and regulated in many Jurisdictions. CF Merchants Limited is regulated with license number 24535/2018, at Suite 305, Griffith Corporate Center, P. O. Box 1510, Beachmont, Kingstown, Saint Vincent and the Grenadines as an International Broker Company under the company act of Saint Vincent & the Grenadines. The objects of the Company are all subject matters not forbidden by International Business Companies (Amendments and Consolidation) Act, Chapter 149 of the Revised Laws of Saint Vincent and Grenadines 2009, in particular but not exclusively all commercial, financial, lending, borrowing, trading, service activities and the participation in other enterprises as well to provide brokerage, training and managed account services in currencies, commodities, indexes and leveraged financial instruments.
Commodity and Forex Merchants Limited is authorized under license number 1092420 by the Companies House, Cardiff, United Kingdom on 21st August 2017.

High Risk Investment Warning: Margin FX are leveraged products that carry an extraordinary level of risk to your funds. Trading is not suitable for everyone and may result in you losing significantly more than your investments and therefore, you should not speculate with capital that you cannot afford to lose. You should consider whether you understand how this work and whether you can afford to take the high risk of losing your money. All the trading related information on this website is general in nature and does not take into account your or your client’s personal intentions, financial conditions and needs. We encourage you to seek independent advice if necessary. It is the responsibility of the client to ascertain whether he/she is allowed to use the services of the CF Merchants based on the legal requirements in his/her country of residence. Please read full Risk Disclaimer for more details.

Regional Restrictions: CF Merchants (SV) Ltd does not provide services and accept applications from the residents of certain countries, such as United States of America, Canada, Israel, North Korea and Saint Vincent & The Grenadines. The statistics on this website is not directed at residents in any country or jurisdiction where such distribution or use would be contradictory to local law or regulation.